The perfect venue at one of the world’s most famous beaches on Mahe – Praslin – La Digue – Silhouette – Denis.

Wedding consultants will guide you

Fresh Tropical bouquet for the bride

Pin for the groom

Flower bouquet for the table

Seashell for the rings

80+ high-resolution photos on DVD or USB

150 + high-resolution photos on DVD or USB

All photos enhanced and optimized

Witnesses for the ceremony

ASK IF YOU WANT DIFFERENT EXTRAS 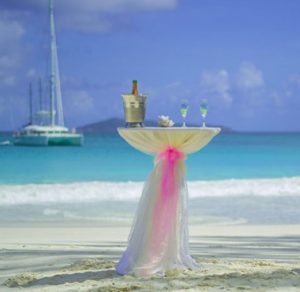 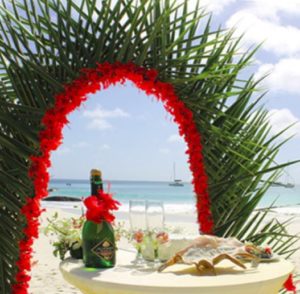 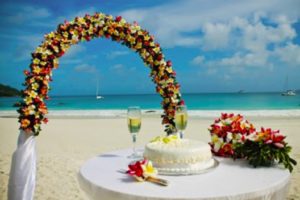 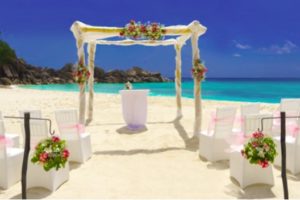 The required documents for an official marriage in Seychelles are as follow:

Seychelles is just seven degrees south of the Equator (4°-11° south of the Equator, in the western Indian Ocean), so the temperature is consistently around 30°C all year round, with a mixture of sunshine and tropical showers. The region enjoys a beautiful climate all year, and sea breezes can deal with much of the humidity. Seychelles has a tropical climate: warm and humid with strong maritime influences. The temperature is consistently 24-32°C, there is no distinct dry season and there is some humidity at all times.

Many of the granitic Inner Islands have dramatic terrain; Mahe boasting hills rising to 900m. The rainfall increases with altitude, though it is the trade winds that really dictate the islands' climate and name its seasons.

The Northwest Tradewind from November to March and south-east wind from May to September can cause seaweed to build upon some beaches, so it is important to consider the right hotel locations at different times of the year.

The northwest trade wind blows in during this period and the climate is hot and humid, with some rainfall. It's possible to see turtle hatchlings at this time of year.

During December to March (Northwest Monsoon), Seychelles gets extremely wet, especially in December and January, though the vegetation is lush, the winds generally light and the sun at its warmest. This is also the cyclone season, though only the most remote southern islands are within the cyclone belt.

By November (pre-Northwest Monsoon), the winds start to change, bringing light, warmer winds and the start of the main rainy season.

Visiting Seychelles in May - October

From May to October, the south-east trade winds (Southeast Monsoon) bring a relatively dry period. Reaching its peak in July/August, there is little precipitation and temperatures average 27°C, though seas can be a little choppy.

This period is followed by the calmest, warmest month, April (Pre-Southeast Monsoon), as the winds die down and start to change direction.